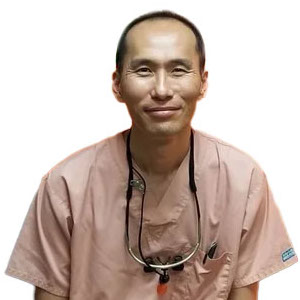 Dr. Do graduated from Cornell University in Ithaca, New York, with a bachelor’s degree in economics in 1995. He worked in New York for about a year before entering Tufts University’s School of Dental Medicine in 1997. While at Tufts, Dr. Do received a three-year full scholarship from the US Army. After graduating, he completed a one-year advanced education in general dentistry program at Fort Meade, Maryland.

Dr. Do served in Korea, Texas, and Hawaii as an active-duty Army Dental Officer. He was Chief of Pediatric Dentistry, Tripler Army Medical Center, Hawaii from 2006 to 2009. Dr. Do was honorably discharged from the Army in 2009 after eight years of military service. He has served in the Hawaii Army National Guard since 2009.

Dr. Do is currently board certified in pediatric dentistry and maintains an active membership with the American Board of Pediatric Dentistry. He has been voted by his peers as one of Hawaii’s Best Dentists in Honolulu Magazine multiple times.

Dr. Do believes that having strong healthy teeth is everybody’s right. To achieve this, we advise you to begin at an early age. We encourage you to schedule your baby’s first visit at age one and make regular checkups normally every six months.